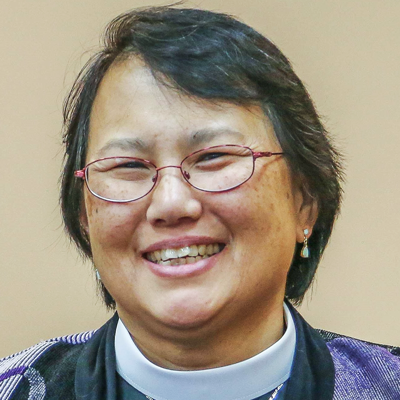 One of the things that endeared me to my husband Don, when we first started dating over 25 years ago, was that he loved to read newspapers and cut out articles to share. I thought I was the only weird one who did that—at least among my circle of family and friends.

You know, in this day and age of the Internet, social media, and 24-hour cable news, reading the newspaper must sound old fashioned and quaint. Remember back when really important news was given by special newspaper editions and newsboys shouting, “Extra! Extra! Read all about it!”

For instance, here are some front page items from the past that received extra news coverage:

On April 15, 1865: President Abraham Lincoln was mortally wounded by an assassin’s bullet in Ford’s Theatre and died the next morning.

On April 15, 1912: The so-called “unsinkable” RMS Titanic, on its maiden voyage, struck an iceberg and sank in the North Atlantic. Out of 2224 passengers and crew, only 1700 survive.

This past week, the news media has been filled with equally bad news:

Last Monday, April 10, Asian American doctor David Dao was assaulted and dragged down the aisle of a United Airlines plane by airport security guards. As a paying passenger, he refused to be bumped, so a United crew member could take his seat at the last minute. Dao suffered a concussion, broken teeth, and a broken nose. The United CEO apologized that some passengers had to be “re-accommodated.”

Last Thursday, April 14, The US dropped the “mother of all bombs” (i.e., a 21,600-pound, massive air blast ordnance bomb) in Afghanistan, near the Pakistani border. Some reports claim 94 ISIS fighters were killed.

But you know the newspapers don’t only cover bad news. Here’s some good news—feel good news—from this past week:

The northern Sierra Nevada range set a new all-time record for rainfall this season at nearly 90 inches, beating the old record of 88.5 inches set in 1982-83.

The wildflowers across California and in the deserts have comeback in such abundance that earth-orbiting satellites could see them. Some are calling this season “Super Bloom ’17.”

Nineteen bald eagle nests have been counted in the Bay Area metro area, signaling a bumper crop of eaglets. Wildlife conservation efforts such as this have also been responsible for the comeback of grey whales, sea otters, pumas, wolves, and grizzly bears.

Finally, and most important for many, our own Golden State Warriors will play at 12:30pm today in Oracle Arena in Oakland, in their opening NBA Western Conference playoff game against the Portland Trailblazers. Also, for those who are hockey fans, the San Jose Sharks play later today in their third Stanley Cup playoff game against the Edmonton Oilers at SAP Arena in San Jose.

See it isn’t all bad news. OK, a lot of times there is bad news. And it has been ever thus.

Back 2000 years ago, the news was pretty gruesome. The Roman Empire spanned as far west as Spain, as far east as Asia Minor, as far north as Britain, and as far south as Northern Africa. One out of every four people in the known world were subjects of the Roman Empire. The top 1% had all the power, all the wealth, and controlled the military. The bottom 99% lived in wretched poverty and were taxed so heavily that many forfeited their lands, livestock, and even sold their children and themselves into slavery just to keep body and soul together. The average lifespan back then was 30-40 years old. Women and children had no rights. Men worked like dogs to eke out a living or were conscripted to serve in the military. There were not many feel good times back then.

Then news started to spread, by word of mouth, that an itinerant rabbi from Galilee was winning the hearts and minds of hundreds, even thousands, of disciples. He performed miraculous healings of those who were lame, deaf, or blind. He exorcised demons. He preached hope and salvation. He said good news things like:
Blessed are the poor.
Blessed are you when people revile you.
The meek shall inherit the earth.
I have come that you might have life and have it abundantly.
As Yahweh, the Father, has loved me, so I have loved you. Abide in my love.
Love one another as I have loved you.

His death in Jerusalem was bad news. Heartbreaking news. But that was not “the rest of the story” (as news commentator Paul Harvey used to say). Three days after his death, he rose from the grave and appeared to those who believed. The women from Galilee who followed him to Jerusalem, including his mother Mary and his disciple Mary Magdalene. Then his 11 apostles. And two travelers on the road to Emmaus.

The Most Rev. Justin Welby, the Archbishop of Canterbury, reminds us:

“These (recent) grim events overshadow our lives because we fear they may have the last word. (As Jesus proclaimed on that first Easter day), ‘Do not be afraid.’

The Good News on Easter Day—and every day—is that Jesus Christ’s resurrection is divine reassurance that God is ever with us, that God has not abandoned us, that with God nothing is impossible, and that ultimately God’s Love wins. Alleluia and Happy Easter. Amen.